What is a Displaced Uterus? 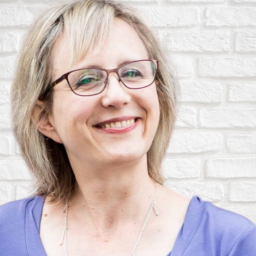 What does it mean when your uterus becomes displaced? How common is this and should you be worried about it? As it turns out it may be more common than you think, but it is not something most women are aware of.  The uterus is at a woman’s centre.  How can a displaced uterus affect her health and wellbeing?

What is the Normal Position of the Uterus?

It is important to know that when we speak of a displaced uterus, it does not necessarily indicate a medical condition such as uterine prolapse.  A prolapse is a very pronounced form of displacement, with various stages where the uterus descends from its correct position.  Apart from being prolapsed, uterine position may actually change slightly from day to day, and this is still completely within normal range.

The uterus – in a non-pregnant state – is approximately 3 inches long, 2 inches wide and 1 inch thick, and weighs about 4 oz.  Keep in mind that during menstruation the weight can double to about 8 oz, and in pregnancy up to a maximum weight of 30lbs!  This is an organ that is meant to be accommodating, and its walls can stretch to support a growing fetus.  It is held securely in place by a group of over 10 pelvic ligaments that give the uterus support as well as the ability to move as it needs to during normal physiological functions.

Although the uterus is meant to shift a bit, it should ideally return to the optimal centered position.  Anatomically, it is normally located about 1.5 inches above the pubic bone, leaning very slightly over the bladder

What is not ideal is when the uterus remains in a sub-optimal position for longer periods, which can then go on to affect the flow of blood supply, lymph, nerve impulse and energy surrounding it.  This in turn, can affect the vital flow to both the reproductive and digestive organs.

If the displaced uterus is leaning too far in the direction of the colon or bladder, this can also affect their function.  The optimal position of the uterus is one in which both hemodynamics and homeostasis are balanced within the pelvic cavity.

Common Positions of the Uterus

What are the Symptoms of a Displaced Uterus?

The longer the uterus remains out of its optimal position, the more likely it is that symptoms will develop and become noticeable. Signs and symptoms of a displaced uterus may include but are not limited to the following:

How Can Arvigo® Therapy help with Uterine Position?

The Arvigo Techniques of Maya Abdominal Therapy® gently stimulate the circulation and blood flow within the abdominal area.  These techniques address the optimum position of the uterus and support the healthy function of both the digestive and reproductive systems.